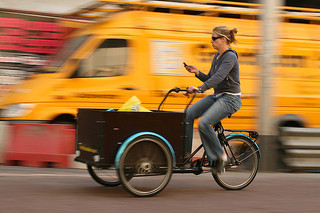 Sending short text messages is one of the most popular ways to communicate with friends from your mobile device. It’s great because you don’t need a smartphone, a special app, or to all be using the same service — it works from any mobile device. It’s just a private, one-on-one conversation between you and a friend with (presumably) no snooping eyes to see what’s being said.

This has made it a popular way for friends and groups to stay connected on the go. As mobile messaging rates have skyrocketed, people are migrating to private messaging apps like WhatsApp where they can message for free or cheap. This has created a confusing mess of competing networks that don’t talk to each other, each with different consequences for your personal privacy. What’s the best way to connect with friends privately anymore?

Once text messaging was included in most mobile plans, but the price has been rising with the popularity of mobile messaging and smartphones.Telcos have been accused of price gouging for charging astronomical rates to send these tiny quantities of data. In fact, it now costs more to send a text message to your friend in the same town than it costs NASA to send the same amount of information from Mars back to Earth!

Verizon Wireless and AT&T will both charge $0.20 per text message if you don’t buy a texting plan from them. Even at a more conservative pricing of five cents per message, that means the carriers are charging around $383,000 per gigabyte. [!!!]

Richard Falkvinge estimates that carriers are putting a 15,000,000,000% markup on text message. As you can see, the price people are paying for SMS messaging bears no relationship to the amount of data they’re sending. In this atmosphere, users have been looking for better options for sending quick updated privately to their friends.

As smartphones overtook dumbphones, users had the abilities to send short messages over their data plans for free using instant messaging apps like Google Chat/ Hangouts, Facebook Messenger, Skype, and others. These big networks had the advantage of working across Mac, Windows, iOS, and Android, bridging the gap between mobile devices and the desktop. With the widespread popularity of Gmail and Facebook, you could be pretty certain that all of your friends would be reachable on one or more of these services.

I use Hangouts over SMS whenever possible because I like the way it connects me with only the friends (and circles of friends) that I designate.

A Modern Tower of Babel 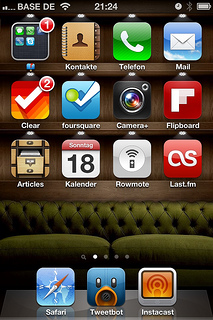 More recently, a new breed of independent mobile-first messaging apps like WhatsApp, SnapChat, Line, Kik, and Kakaotalk have caught fire around the world, each gaining dominance in specific regions of the world and becoming the de-facto replaceement for SMS. Some of these apps are iOS only, Android only, or mobile-only, leaving desktop users out of the conversation. Apple’s iMessage only works on Macs and iPhones, leaving anyone not using Apple products out in the cold. It’s a maddening mess.

Sorry, I only use iMessage, so I can’t talk to you. Please buy an iPhone so we can communicate. Kthxbai

I never understood why people would choose these new independent apps over Facebook or Hangouts since it’s an uphill battle to get everyone to agree to use one app over another, and nobody wants to install all of them. Everyone from your best friend to your grandma probably has a Facebook account, and most of them also have a Google account because they use Gmail, Google Docs, Android, or Chrome. Why not connect using the services people are already on? 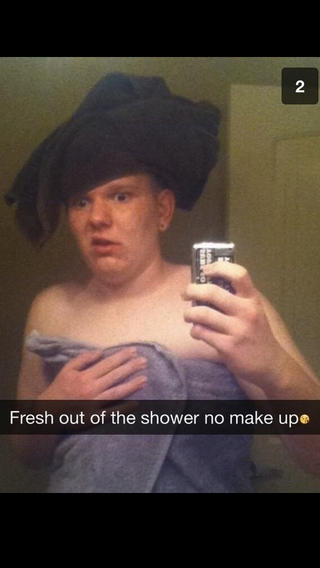 That private message wasn’t so private after all…

The big selling point for these new apps is the idea of ephemeral messages— ones that self-destruct after a certain period, presumably making your message more secure. SnapChat’s timed photo messages emboldened millions to send photos of themselves in compromising positions, not realizing that the receiver could screenshot the app and share the photos anywhere. (Sad trombone.)

The only reason I can see if you really don’t want Google or Facebook (or the NSA) being able to snoop on your message. Since most people use Gmail and Facebook as their main email and social networking app, sharing data about their finances, their health, and their relationships freely, I don’t understand people’s gut-level fear about entrusting them with a few more instant messages. Google and Facebook know A TON about you already, and you’re unlikely to experience any real adverse consequences as a result of that other than maybe more persuasive advertising.

However with Edward Snowden’s recent revelations of rampant surveillance by the NSA (and even passing around nude selfies they’ve found in our communications), private communication is something that we should all take seriously.

It seems as though the real choice here is between networks that everyone is on (Google, Facebook) and networks where you have a reliable expectation of complete privacy between you and your friend. 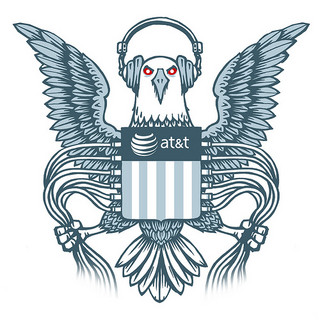 If you’re going to choose a niche messaging app to protect your privacy, you may want to make sure it’s really private. You want an app that encrypts your conversation from end-to-end (you to your friend), and does not store your messages on their servers afterwards.

I’m flirting with Telegram, an open source, encrypted private messaging app for iOS and Android. It mimics the basic user experience of WhatsApp, while giving users the option of engaging in Secret Chats— messages that are both encrypted end-to-end and never stored on their servers. When you want to ensure that nobody is snooping on your communication, this is a great place to start. Their default configuration does store your messages encrypted on their servers to make them easier for you to access later, so be aware of that.

I also want to mention the amazing Guardian Project, a suite of private, open source communications apps designed for journalists, political protesters, and others who may need (for reasons of personal safety) to protect their online life from prying eyes. It offers ways to encrypt all of your mobile activity, including web browsing, phone calls, messaging, camera, and more. You can really go down the rabbit hole exploring how secure your communications can get, but fundamentally it’s good to know that these tools are out there.

Of course, there is a trade off between convenience and privacy that you will need to find your own comfort zone with. Your friends may not want to download your new favorite encrypted chat app, or you may not want to set up a Tor proxy on your phone every time you connect to the internet. You may find that the mainstream messaging apps are easiest for most communication, and only use private messaging for special situations.

As you figure out your workflow, look for messaging apps that work on iOS, Android, and the Web so you can potentially include all your friends and family. Don’t settle for just whatever your friends are using– think consciously about how you can stay in touch in a way that’s easy and secure.