Have You Hugged Your App Dev Today?

Foodies make an obsession out of “knowing your farmer” and “knowing where your food comes from”, but shouldn’t the same thing go for the people behind your most beloved apps? One weird habit I’ve gotten into is to actually emailing quick notes of encouragement and suggestions to the developers of my favorite apps. As a result, I have opened up some nice friendships, earned some goodwill, and actually influenced the development cycles of quite a few of the apps I use most. At very least you could make somebody’s day, and at most you can have the satisfaction of knowing that you made your favorite apps a little better. So–

“Have You Hugged Your App Dev Today?”

Influence the Apps You Use Most

I can proudly point to several little features in major apps like LastPass, Instructure Canvas LMS, Evernote, and Mozilla Firefox for Android where they (seemingly) implemented suggestions I wrote up and submitted to their “feedback” email address.

LastPass: I recently asked them to develop a feature where you can see a history of the passwords you’ve used on a given site over time. I requested this feature after getting stuck on another website (I think Google Chrome Sync?) that wanted to know what my Google password was a year ago! I just logged in to my LastPass vault today and the feature is there!

I also recommended that they implement a floating password fill bubble (similar to a Facebook Chat Head-style interaction) in their Android app and that feature is now a part of the app. 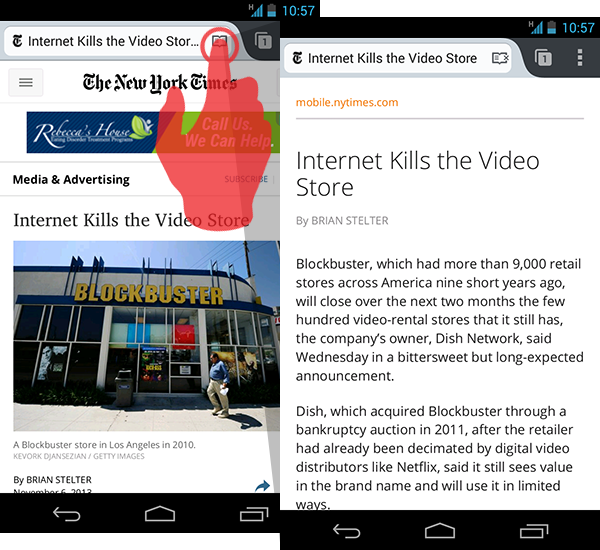 I can’t say with certainty that I’m responsible for all of these changes — all I can say is that I suggested them and they were updated soon after, looking just as I recommended. Of course, the real kudos go to the developers who take suggestions like mine seriously and turn them into working code. The real revelation is that most developers of successful apps are surprisingly open to good ideas from their user communities.

Two big features I can take credit for with certainty are in Instructure’s Canvas LMS. I led the charge at SMU to become one of the very first schools to adopt Canvas in 2012, and we found a few workflow problems with the young tool early on. Instructure has a uniquely open and collaborative method for soliciting user suggestions and implementing them into their development cycle, and I was able to successfully lobby for two big features that still exist in the tool today:

1. Annotating student work submissions in the SpeedGrader with Crocodoc. This was a request from one of our faculty who agreed to run a test pilot of Canvas in his summer course. He came to me saying that he needed to be able to make notes right on students’ work (as he would on paper). I just happened to know about CrocoDoc, a 3rd party tool with an open API that allowed exactly the type of interaction he needed. I submitted the problem and the solution to Instructure’s developers and they had implemented it in only a few months afterwards.

How do I use Crocodoc in the SpeedGrader™? | Canvas Instructor Guide | Canvas Guides
Once I publish my Quiz, what kinds of quiz statistics are available?

A Lone “Warm Fuzzy” in a Thankless Job 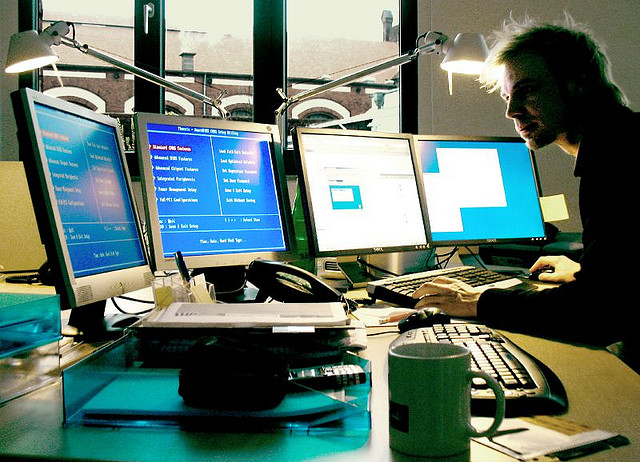 The life of an app developer (so I hear) is a solitary one — they work alone or in small teams, reading error reports, squashing bugs, and responding to grouchy app reviews. The tone of a lot of this communication sounds like the entitled iPhone jerk in Louie C.K.’s bit “Everything is Amazing and Nobody’s Happy“:

Read the reviews in your favorite app store and you’ll notice a jerky, entitled tone in the way most people review apps. Now imagine if your life’s work was what they were talking about!

Just by sending a quick encouraging email to the developer of that plucky little indie app that makes your day a little easier, you are helping to shine a ray of sunlight into that crappy morass of entitled abuse. I’ve done this a few times and usually get back a glowing personalized letter back from a dev, telling me that it made their day.

A special shout out to the kind developers of some of my favorite apps like Carrr Matey, Feedly, DuckDuckGo, and 9Gag who have sent kind and thoughtful responses to my random messages.

On the Internet (as in life), you should never just idly complain about something you don’t like — instead, think it through and suggest a better way to do it! I believe the reason these ideas were so easy for the devs to integrate was because I bothered to write up exactly what the problem was, how I thought it could be fixed, and send screenshots and links of examples of a better interaction they could replicate.

I try to speak in language developers understand, using the proper technical names for the features I’m describing. Wherever possible, I try to make it as easy as I can for them to make the changes I want to see. I know that’s probably an unreasonable amount of work to put into something like this, but the result is that my favorite tools actually work the way I want them to in my daily life, and I feel more invested in the success of that company.

This whole process makes the world feel a lot smaller to me — I get to realize that these awesome apps that make my day so much more fun and effective aren’t made by magic. They come from real people who still aren’t too busy to listen to a good idea, and could use a virtual pat on the back for a job well done. I just think it’s a good habit to be in all around.